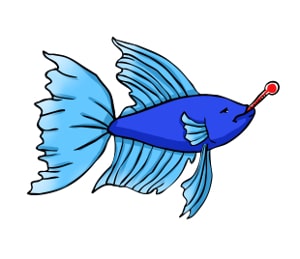 Just as with all freshwater aquarium fish, bettas can potentially contract a variety of ailments and diseases that may affect their health. Knowing how to identify these diseases and what to do about them is important for any betta fish keeper.

In this article, we will take a look at some of the more common betta fish diseases and what to do if you think your betta fish is sick.

Most betta fish diseases are highly contagious, and can easily be introduced to and spread around the various fish within the tank. Obviously it is important to do everything you can to prevent your fish from contracting diseases in the first place, and while this is not always possible, there are some steps that you can take to minimize the risk.

Always quarantine new fish before introducing them into your existing tank, do not overcrowd your tank, and ensure that the water quality is as high as possible and that the tank is cleaned regularly.

Fin rot is certainly one of the most common betta fish diseases, and as many bettas have long, flowing fins, it is also one of the easiest conditions to identify.

Fin rot causes the fins and the tails of the fish to look torn and raggedy, and the edges of the fins may appear to have a black or white film on them too.

The most common cause of fin rot is dirty water or poor water quality, and fin rot can be treated by correcting this problem and adding aquarium salt to the tank in the correct quantity over a period of treatment.

Velvet is caused by a parasitic infection, and is highly contagious and will soon affect all fish within the tank. Velvet is both painful and annoying to your fish, and they may begin to act in an unusual manner when affected by the condition, appearing hunched up with their fins clamped closely to their bodies, and scratching themselves on the tank furniture in an attempt to relieve the associated itching.

The velvet parasite requires light to thrive and reproduce, and so velvet is best treated by a combination of keeping the tank in the dark, raising the water temperature slightly, and possibly adding aquarium salt to sterilize the water too.

Swim bladder is one of the few fish illnesses that are non-contagious, and can be caused by injuries or poor feeding habits.

The swim bladder is an air-filled chamber within the body of the fish, which helps to provide their buoyancy in the water. Damage to the swim bladder that affects this buoyancy will cause the fish to have problems with swimming and maintaining their position in the water.

There is no specific medication for swim bladder problems and the situation will often correct itself over time. You can try fasting your fish for 48 hours then feed very small amount of boiled peas with the shells removed to help expedite the process.

Dropsy is probably the most severe of all the betta fish diseases and a killer among aquarium fish of all types. The betta is no exception.

Dropsy is essentially kidney failure of the fish, causing a fluid build-up within the body and the scales of the fish to take on an erect/protruding appearance.

While dropsy itself isn?t contagious, the bacteria that causes it is, and so affected fish should be isolated promptly to prevent the condition from spreading. Affected fish will usually die within 5-15 days, and the condition cannot be cured.

Now that you know about some of the main betta fish diseases to look out for, why not find out more about how to care for betta fish? 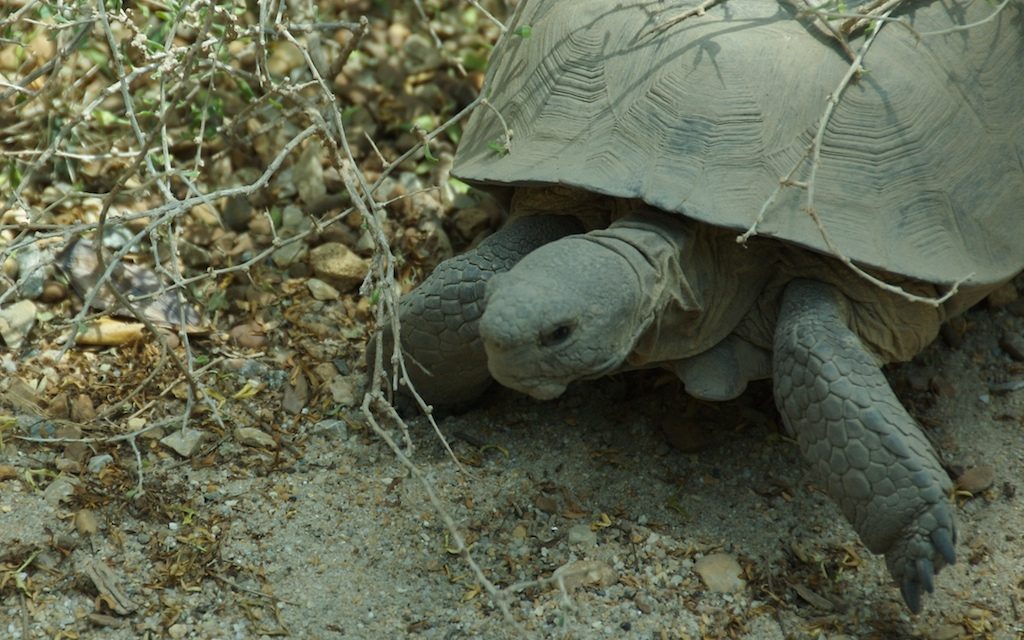 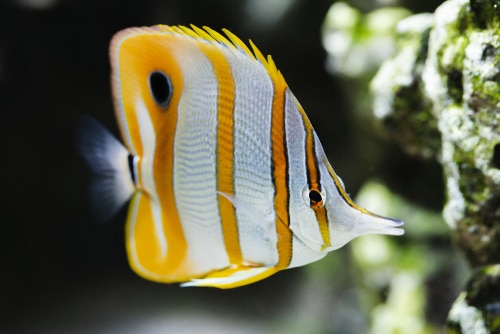 Keeping Other Fish with Koi Carp 9407