Budgies can make great pets in smaller homes or apartments and, what’s more, you can spend time teaching your budgie to talk to enhance your relationship and create a rewarding bond with your bird.

How to teach a budgie to talk

Budgies are sociable birds, so the initial step in teaching your pet to talk is to ensure the cage is located in an area where social interactions happen frequently. Budgies will mimic the sound of human voices and conversations, so the more opportunity your budgie has to listen to you speaking, the greater chance he will learn to talk. Spending time bonding with your budgie and hand training him is another important factor in the language learning process, as tame budgies are more likely to speak than untrained birds. Ideally, you should only have one budgie in the home if teaching your bird to speak is an important consideration. A pair of budgies will interact with each other and be less interested in learning to interact with humans.

Once your budgie is trained to sit on your hand quietly you can start the process of teaching him to talk. You should speak to him in an enthusiastic manner, as this will excite him and motivate him to speak back to you. Budgies adopting a language learning mode will have dilated eye pupils and stare intently at your mouth. Always greet your budgie when you arrive home and say goodbye when you leave. He will also learn individual words if you repeat them to him on a regular basis. Regular word repetition and word association helps budgies to learn.

Talk to your budgie regularly

Your budgie is capable of learning single words and short phrases, so taking the time to talk with him on a regular basis will enhance his learning capabilities. When he begins to talk his words and phrases may be unintelligible but if you provide constant verbal encouragement to him his attempts at speech will soon make sense.

Find out more about caring for budgies… 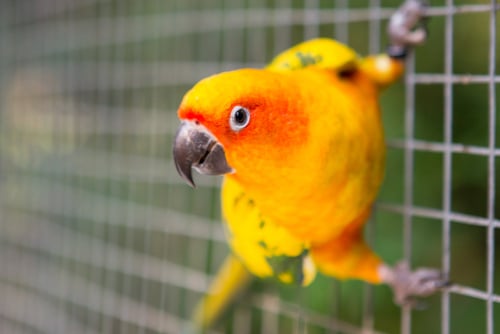 Are you considering getting a parrot as a pet or have you recently made the great decision to get one? Today we are going to explain how to ensure your parrot lives a long, happy and fulfilled life.

When you decide to purchase a parrot as a pet you have to be aware that they can live for a very long time depending on the exact type and breed. Your new parrot from day one will become a huge part of your life and most definitely a part of the family.

Consider the size of the cage

The first thing you will probably think about when getting your parrot is its cage. This is going to be where your parrot spends most of its time, so it is essential that the cage isn?t too small. Your parrot will be happy within its cage but not if the cage is crammed and leaving it feeling hemmed in ? it should definitely be big enough so that your new pet can fully stretch out its wings and have room either side. Cover the bottom of your cage with newspaper as it will get messy each day – this offers an affordable and quick way to change it over every day.

When feeding your parrot, you need to remember that they enjoy a varied diet including parrot pellets from your local pet shop and a selection of fresh fruit and vegetables. Parrots can be given various other foods, but it is important to check that they are safe first, as chocolate and avocado are not.

Letting your parrot out of its cage

You need to ensure you let your parrot out of its cage at least once a day, ensuring this is supervised. Parrots are extremely clever and should be stimulated to ensure they remain as happy as possible. Give them a selection of suitable toys and you can practice tricks with your new pet. Most importantly, look after your parrot and ensure it is loved and well cared for. 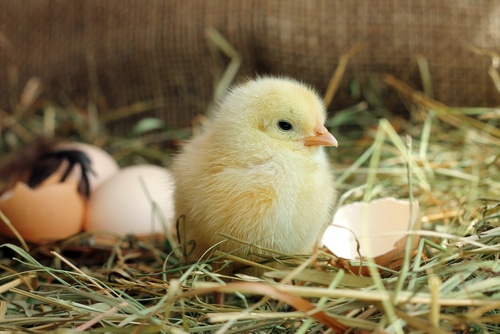 It?s the 18th day of incubation for your chicks, and one of them is beginning to hatch from its shell! You may even hear peeps coming from the eggs. What do you do now? Here?s a quick guide to hatching chickens.

First, try not to move the egg because the chick is already in a position to hatch. Moving the egg means the chick has to move back into the hatching position, and this causes them to expend energy and weaken them.

After 2 more days of incubation, the chick will more than likely begin to pierce the membrane of the egg with its beak. This lets in outside air for the chick. Then, the chick must chip away at the shell, and it does this in a circular pattern. It may take up to a few hours for a chick to complete chip away the shell so that the top pops off. After this tiring process, the chick may simply lie there for a while to rest and dry off.

While it may be tempting to help chicks come out of their shell if they are having difficulty, it?s actually not a good idea. Hatching is an incredibly slow process, and patience is key. If the membrane of the shell has dried out too much around the chick, you can slowly and very carefully help the chick with tweezers.

Many problems are associated with incubation temperatures and humidity level. High temperatures can result in malformed chicks, and temps that are too low can result in chicks hatching with egg goo on them. If chicks have bad legs, it may have been caused by hatching them on a slippery surface.

There’s much more to learn about backyard chicken care…

Keeping Other Fish with Koi Carp 10070